Research shows correlations between identity development and SUD and mental  health, so what exactly is identity development? Erik Erikson is most well-known for his  research in this area, the stages he developed can be seen in the below graph more can also  be read here  https://www.verywellmind.com/erik-eriksons-stages-of-psychosocial development-2795740 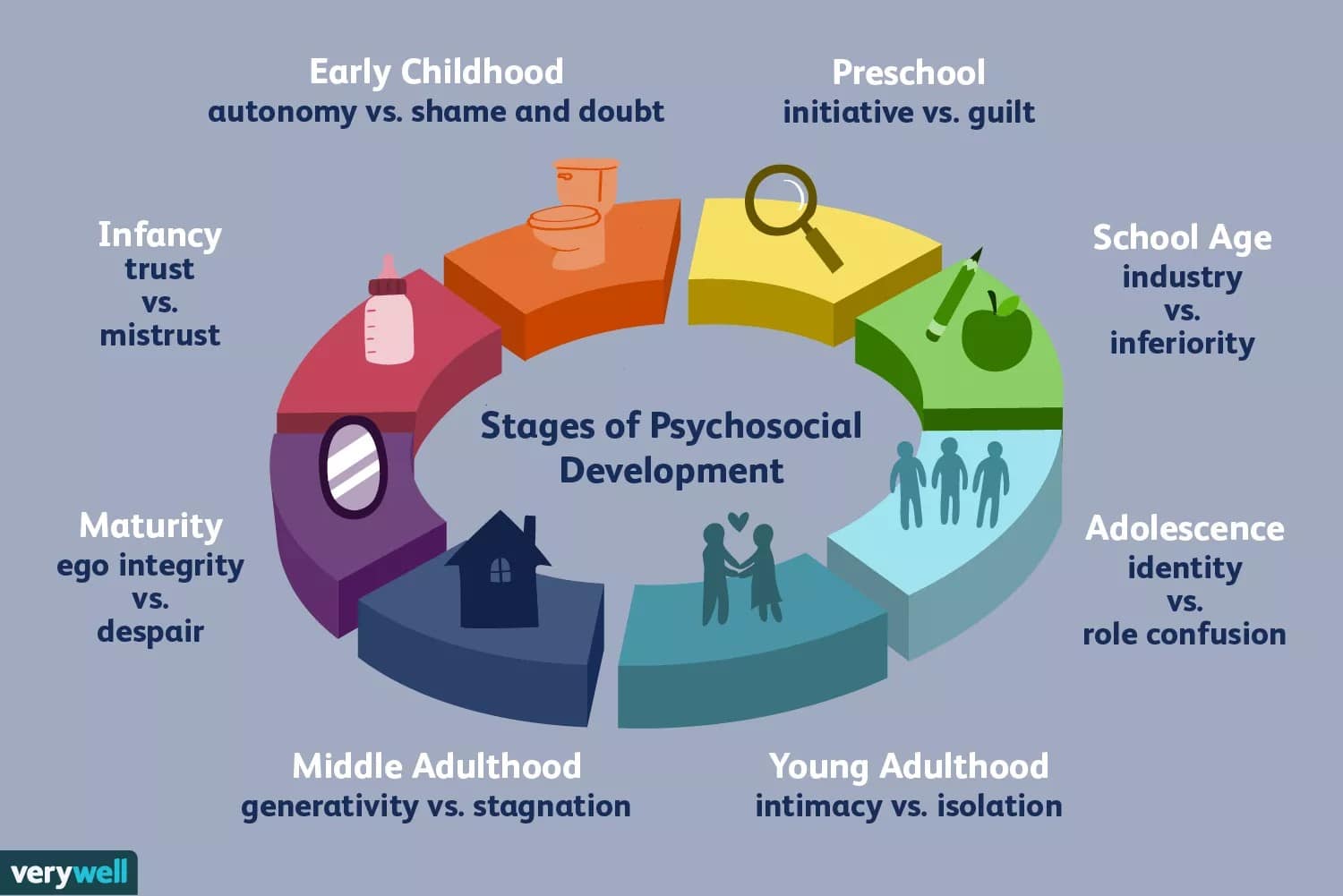 All of the above stages are factors in developing one’s identity, they build on top of each  other. If a child is guilted and shamed rather than initiated that child will then have insecurities  in the following stages. Another study done by Bracken and Rodolico (2013) reported the  average age of first use among 923 addicts was between 13 and 15 (p.1). This study  correlates exactly with the identity and role confusion stage of Erikson’s model. The factors  that shape one’s identity are “ individual characteristics, family dynamics, historical factors,  and social and political context.” Examples include race, temperament, gender, age, intact or  divorced family, community environment, exposure, socioeconomic class, sexual preference,  religious beliefs, and present social and political climate” (Tantum, 2000)

Children who have established autonomy, initiative, and industry are ready in the  identity stage and are the least likely to battle with substance use. Another term for this  development is called integration or when a person has integrate the past the present and what  the future holds (Tatum, 2000).

Schools are beginning to develop programs to teach emotional skills, because there is  significant research supports that copings skills, identity development, and social skills are key  factors in developing functional adults. There has been limited research on identity formation  and the appropriate ways to help children develop identity, although research supports a need  to do more.

Bracken, B. K., Rodolico, J., & Hill, K. P. (2013). Sex, age, and progression of   drug use in adolescents admitted for substance use disorder treatment in   the northeastern United States: comparison with a national survey.

Reviewed by the Community